Pierpaolo Andriani is Professor in Innovation Management at Kedge Business School, France. He got his BA/MSc in Physics and received his Ph.D. in the social sciences from Durham University, UK. His research is focussed on evolutionary theory and innovation. His research has been published in journals such as Organization Science, Journal of International Business Studies, Research Policy, Long Range Planning and Complexity.

Giulio Biroli is professor of theoretical physics at the Ecole Normale Superieure (Paris).  He received his PhD in theoretical physics in 2000 from the Ecole Normale Supérieure in Paris and was a postdoctoral fellow at Rutgers University from 2000 to 2002. In 2002 he joined the Institute for Theoretical Physics of CEA Saclay, where he held a research director position until September 2018. From 2006 to 2010 he worked as a part-time consultant for Capital Fund Management in Paris. From 2011 until 2015 he was professor associated at the Ecole Polytechnique (Palaiseau). Biroli’s research interests include several topics in statistical physics and theoretical condensed matter. His best known works are on static and dynamic length-scales of glassy systems, jamming percolation and finite dimensional models of glasses, classical and quantum out of equilibrium phenomena, random matrices and optimization problems. Biroli has published over 100 peer-reviewed articles, written several reviews and edited one book. He has been awarded an ERC Consolidator grant in 2011. He has supervised 8 PhD students and mentored 10 postdocs. He is the director of the Beg Rohu summer school of statistical physics and condensed matter. In 2007 he received the Young Scientist Award (the junior Boltzmann medal) of the International Union of Pure and Applied Physics, and in 2018 the Prix d’Aumale de l’Institut de France.

Guy Bunin is professor in the physics department at the Technion – Israel Institute of Technology. He received his PhD in physics in 2013 from the Technion, and was then a Pappalardo fellow at MIT from 2013 to 2016. He works on different topics in statistical physics and biophysics, most recently at the interface of statistical mechanics and theoretical ecology. 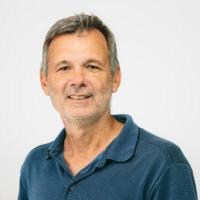 James S. Clark is Nicholas Professor of Global Environmental Change and Professor of Statistics at Duke University. Clark’s research bridges the fields of ecology, Bayesian statistics, and global change, with contributions that range from population dynamics to continent scale biodiversity and climate. He holds a BS in Entomology (North Carolina State University), a MS in Forestry and Wildlife (University of Massachusetts), and a PhD in Ecology (University of Minnesota). Between his MS and PhD, he studied one year at the University of Göttingen under a Fulbright-DAAD fellowship. Clark’s lab is using long-term experiments and monitoring studies to determine disturbance and climate controls on the dynamics of 20th century forests in combination with extensive modeling to forecast ecosystem change. The Generalized Joint Attribute Modeling (GJAM) he developed is now an R package that has been installed > 25,000 times.  He currently leads the Masting Inference and Prediction (MASTIF) network to understand how food limitation is impacting the organization of food webs at the continental scale.  Clark is recognized by two of the highest honors bestowed by the Ecological Society of America, the Cooper Award and Mercer Award, NSF’s Presidential Faculty Fellow, ESA’s Leopold Leadership Fellowship, election to the American Academy of Arts and Sciences, and Duke University’s Nicholas Distinguished Chair.  He was recognized by the Chief of the Forest Service 2016 Science Award for leadership on the National Drought Assessment. He is a 2017 Lauréat of Emanuel Macron’s Make Our Planet Great Again and 2018 awardee of the von Humboldt Research Prize. Clark’s emphasis on communicating science and emerging technology includes many educational workshops on inference for students in ecology and statistical modeling. His emphasis on mentorship is evidenced in 22 PhD advisees, 15 of which hold tenure track positions at major research universities.

Anahid Jewett is Professor and Director of tumor immunology laboratory in the Division of Oral Biology and Medicine, Weintraub Center for reconstructive biotechnology, and Johnsson Comprehensive Cancer Center (JCCC) at the UCLA School of Dentistry and Medicine. She is known for her contributions to the field of tumor immunology and cancer immunotherapy, in particular NK immunobiology. She holds several patents, and has given more than 200 invited lectures and presentations nationally and internationally and has published more than 100 journal articles, reviews, commentaries and book chapters in the field of tumor immunology, and served on many NIH study section panels. She has trained more than 150 graduate students and health professionals in her laboratory.

Giuseppe Davide Longhi was professor in urban planning at University IUAV of Venice. Today he is a member of the UNESCO Net for the Sustainability promoted by the Polytechnic of Barcelona and promoter of VoD (Value of Differences), an urban Think-Acting-Tank. He is technical expert of the Agency for cohesion and development of italian Ministero delle Finanze and of UE Economic and Social Committee. He is an expert in urban economy, urban innovation and macro-urbanism. He is the planner of many  rehabilitation projects for metropolitan areas (Mexico City, Milan, Sofia, New York, Mumbai,…). Today, he is working about neuronal city and city 4.0. His last project is Bassano 4.0

Matteo Marsili is a theoretic

al physicist who gained his PhD from SISSA, Trieste in 1994. After postdoctoral positions in Manchester University, Fribourg University and SISSA, he first joined INFM as a researcher and later the Abdus Salam ICTP, a research center in theoretical physics in Trieste, as a Research Scientist. There, he’s currently the coordinator of the Quantitative Life Sciences Section. He is interested in understanding how collective behaviour results from the interaction of simple units, be them particles in physics, neurons in a brain tissue or traders in financial markets. He exploits techniques that have been developed in statistical physics to unveil the “un-intended consequences” of interdependencies in other domains of life sciences. His research interests range from non-equilibrium statistical physics and critical phenomena to economics and finance. Lately, his interest has focused on statistical inference from high dimensional data, in e.g. systems biology and neuroscience, and it’s connection with critical phenomena. 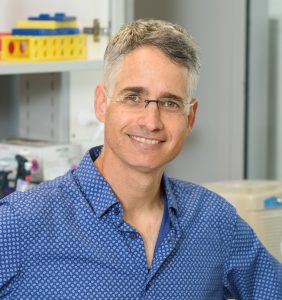 Ron Milo is a professor at the Weizmann Institute of science in Israel. With his lab members he brings the tools of systems biology to bear on the challenges of sustainability. His research aims to understand the cellular highways of energy and carbon transformations in quantitative terms both within living cells and in the global environment. He is passionate about better understanding the world with the aid of numbers.

Luciano Pietronero is Professor of Condensed Matter Physics at the University La Sapienza, Rome Italy. He got Laurea in Physics, Univ. of Roma and he was CNR fellowship, Univ of Roma and Orsay (F) from 1972-73. He worked at Xerox Webster Research Center, N.Y. USA for 1974-75 as Associate Scientist. He worked at Brown Boveri Research Center, Baden (CH) from 1973-1983 as Theoretical Physics Group – Member of the Staff. He became Full Professor of Condensed Matter Theory at University of Groningen, The Netherlands from 1983-87. He joined as Professor of Condensed Matter Physics,University of Roma “La Sapienza” in 1987 form now. He was Director of the Theory Group, Dep. of Physics, Univ. La Sapienza (1992-95), Director of the INFM Unit, Univ. of Roma La Sapienza. The Unit consists of about 200 scientists in the area of Condensed Matter Physics and it is the largest in Italy (1995-2001). He founder of the “Centro di Ricerca e Sviluppo” (CRS): Statistical Mechanics and Complexity (SMC) in 2001. Director (Commissario) ofthe CNR Institute Corbino (IDAC) from 2001-2004. Member of the Board (CdA) ofthe Center E. Fermi (Via Panisperna, Roma) (2002-2005); Founder and director of the CNR Institute of Complex Systems (ISC). The Institute includes in various forms about 200 scientists, including the university associates (in various locations in Rome and Florence) (2004-2014). Fellow and member of the Trustees Board at LIMS (London Institute of mathematical Sciences) form 2010 to now, London UK Senior Advisor of the World Bank (Washington) form 2016 to now. Promotor of the collaboration between Sapienza University and CNEL for the introduction of the Economic Fitness Methods to optimize the industrial development of Italy (2017 to now).

Luciano Pilotti is Full Professor of Strategic Management and Marketing, University of Milan, Department of Environmental Science and Policy. He was also professor at the Faculty of Statistics of the University of Padua. He got Ph.D in Business Administration and Management Sciences, University of Venice (1987); Research Activity in Strategic Management and Marketing – CESCOM – Bocconi University of Milan 1984-1997. He was visiting professor Durham Business School (UK) 2008-2013 He published many papers in international journals, books and article for general people on the topic of innovation. He organized two international workshops on Exaptation (2009 and 2018).

H. Eugene Stanley is University professor at Boston University. His current research is focused on interdisciplinary research, especially on networks in physics, biology, and medicine, and on econophysics. Stanley has been elected to the U.S. National Academy of Sciences (2004),the Brazilian Academy of Sciences. He is an Honorary Member of the Hungarian Physical Society. He is currently Honorary Professor at the Institute for Advanced Studies, University of Pavia (Pavia, Italy), and at Eötvös Loránd University (Budapest, Hungary). For his contributions to phase transitions Stanley received the 2004 Boltzmann Medal, awarded by International Union of Pure and Applied Physics (IUPAP), and the American Physical Society 2008 Julius Edgar Lilienfeld Prize.

Stefan Thurner  is full professor for Science of Complex Systems at the Medical University of Vienna, where he chairs Section for Science of Complex Systems. He is and the president of the Complexity Science Hub Vienna, external professor at the Santa Fe Institute, and a senior researcher at IIASA. Stefan obtained a PhD in theoretical physics from the Technical University of Vienna and a PhD in economics from the University of Vienna. He held postdoc positions at Humboldt University of Berlin and Boston University before joining the faculty of the University of Vienna and later Medical University. His habilitation is in theoretical physics. Stefan started his career with contributions to theoretical particle physics and gradually shifted his research focus to the understanding of complex systems. Stefan has published more than 200 scientific articles in fundamental physics (topological excitations in quantum field theories, statistics and entropy of complex systems), applied mathematics (wavelet statistics, fractal harmonic analysis, anomalous diffusion), network theory, evolutionary systems, life sciences (network medicine, gene regulatory networks, bioinformatics, heart beat dynamics, cell motility), economics and finance (price formation, regulation, systemic risk) and lately in social sciences (opinion formation, buerocratic inefficiency, collective human behavior, efficiency of healthcare systems). He holds two patents. His work has been covered extensively by international media such as the New York Times, BBC world, Nature, New Scientist, Physics World, and is featured in more than 400 newspaper, radio and television reports. For his ongoing efforts and his skills to communicate complexity science to an interested public Stefan was elected Austrian “scientist of the year” in 2018.